After a night of casinos and lights, we were ready for a day full of Macanese heritage and Portuguese architecture. The first stop that we had was A-Ma Temple. A lot of people gathered in front of the temple. I wasn’t sure if they were devotees or if they were just tourists like us. The main temple was high up the hill, where you can see incense of different shapes along the way! I was an easy climb, except that the place was too crowded.

Not sure what these are for, but they were pretty!

Pretty in multiples! These are cones of incense

Entrance to the A-Ma Temple — A lot of people going to and from the hill!

It was followed by a walk along Calzada da Barra. We saw a Koi Kei Bakery there, where we got the chance to taste the first egg tart in Macau. It was very flaky and delicious! Other famous products were the egg rolls and beef and pork jerky. I just tried them since there were free samples, but the egg tarts were still my favorite. 🙂

I was caught eating an egg tart 😛

Egg rolls cooked right in front of you

Soon, there was the Moorish Barracks. We tried getting inside, but visitors weren’t allowed to go. 😦 Our next stop was the Senado Square. 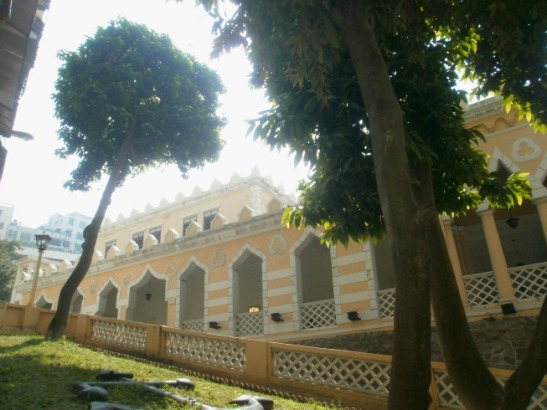 Definitely a different architecture than all the others!

Pretty mosaic near the barracks

If you have seen photos of the Senado Square at one point, you’d be impressed with the flooring. What those photos didn’t tell was the number of people walking around, sitting or simply touring around the place. Phew! It was even difficult to grab a seat to rest.

The floor tiles were wonderful!

My mother and I left the boys since I wanted to grab some egg tarts from Margaret’s Cafe. It was about two blocks from Senado Square and I wasn’t going to miss what’s said to be the best egg tart in Macau. Upon arriving in the store, there was a line of people, though not too long. What I didn’t know was that the line was just for payment; there’s another line for the actual redemption of the egg tarts. The latter entailed a longer waiting time, since the egg tarts were done by batches. I was given a freshly baked dozen of egg tarts, which we were happy to bring back to my father and brother. And yes, they were so much better than the ones from Koi Kei! 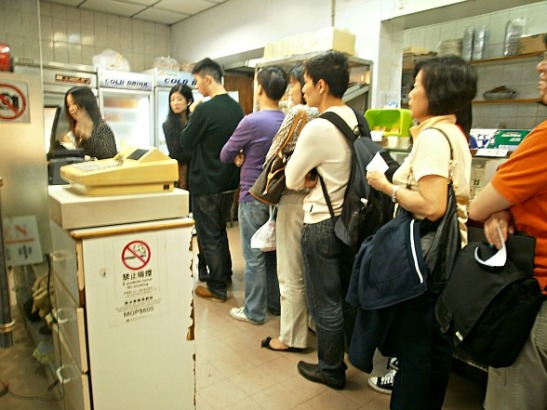 Back to the Senado Square, we walked north heading to St. Dominic’s Church while passing by several colonial buildings. We stopped for a snack soon after — the pork chop bun and pearl milk tea were really filling (apart from all the egg tarts I’ve eaten earlier)! 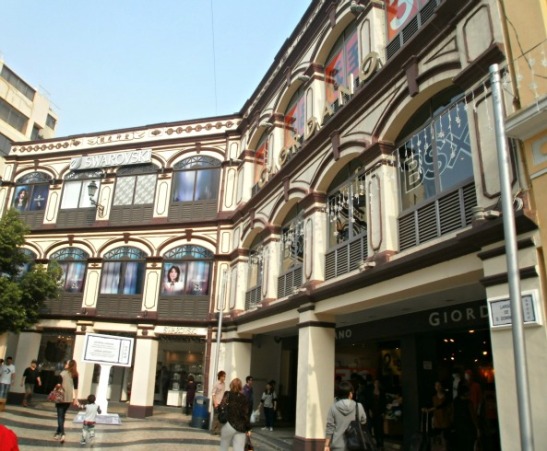 A very refreshing drink while exploring the city

After walking with the crowd amid the small alleys lined with stores of cured meat, we were at St. Paul’s Ruins.This ended our heritage walking tour of Macau. We headed back to the Pousada de Mong-Ha to prepare for our flight back home. 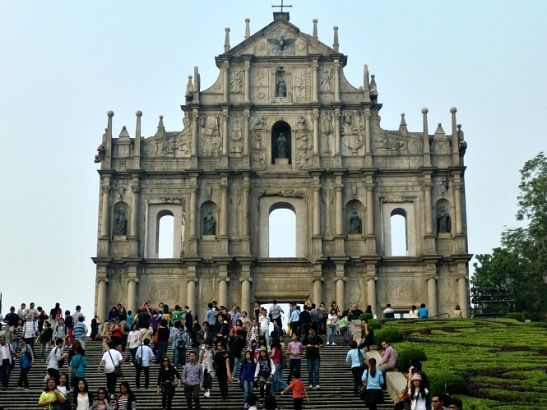 I’ll tell you more about this very lovely hotel next time! Happy travels!

One comment on “Macau: Colonial Buildings and Great Food”